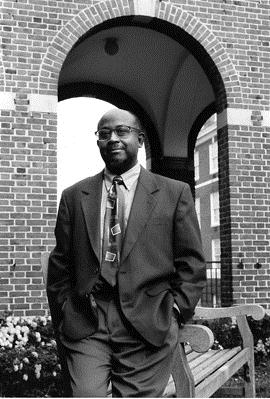 Michel-Rolph Trouillot died on July 5. I am still in shock. A transformative presence in multiple fields—anthropology (his main area), history, political economy, philosophy, and even literature—he redefined the meaning of scholarship. I remember his sustained assault on the celebrated uniqueness of Haiti; his hope long ago that the future of Haiti would be decided in the countryside; and the words, truer today than ever, describing Haiti as “the earliest testing ground for neo-colonialism.”

I met Trouillot in March 1987 at the Woodrow Wilson Center of the Smithsonian. I had just returned from a year’s sabbatical in Jamaica and Haiti, where I had gone to write a book called History and Poetic Language in the Caribbean. The anthropologist Sidney Mintz introduced us. With his distinctive irony and warmth, Trouillot repeated the big words—history and language—and asked whether I thought the terms of the project might not be a bit “too fashionable” to do justice to the complexities of the region.

It was a time of raging generalities in the academy, when folks of all colors, backgrounds, and tastes could safely jump on the bandwagons of multiculturalism and diversity, when everyone could get a little blackness in their textual cups. By the time I met him again just over a year later at the Abington Friends School in Jenkinstown, Pennsylvania—once more along with Mintz—I recognized how acute was his concern with terminology, the dangers of such terms as “nomadism,” “creolity,” and “mestiza consciousness” that allowed professors to embrace the other, to cultivate the magic of the hybrid, to forget the history and politics that such words masked.

We were asked to speak about the Caribbean. As I listened to him that first time in Pennsylvania, I understood how grave were the effects of such well-meaning generalities, how such benign theoretical maneuvers appropriated or even displaced the subjects represented. Academics from the metropolitan center were suddenly busy re-inventing a cultural narrative that subsumed the very places and peoples they claimed to be speaking about. And all the while, as what he called “the explanatory power of culture” increased, the actual dichotomies remained, the contexts for inequality and racism persisted and became even harsher because hidden by the fake call for a common ground.

I begin here with the power of words. That is what matters most about Trouillot’s work, from Ti difé boulé sou istoua Ayiti (Small fire burning on the history of Haiti, 1977)—a history of the Haitian Revolution and the first nonfiction book written in Haitian—to Global Transformations: Anthropology and the Modern World (2003), published shortly before a ruptured aneurysm tragically cut short his career. He knew how a word like “culture” could screen the facts of history and experience. He began—before anyone else, and in wonderfully original and always passionate, but not overbearing ways—to combat the academic turn to something vague called “post-colonial culture,” which separated scholarly analysis from the specificities of local history, politics, and vision. The absorption of history and politics into such a privileged textualized universe, he warned, expurgated the discriminations of race and racism—the particulars of daily struggle and commonplace prejudice that must be brought to bear on any concept or metaphor.

Every text, he said, has a context. And for him, language mattered. Generalities were costly. And they were strategic. He understood the implications of what Time would celebrate as the “World’s First Multicultural Society” or “The New Face of America.” Cross-Atlantic perspectives turned “black” or “ethnic” studies into a slot handily dismissed by the “convenient shortcut” of labels. Here I cannot help remembering Trouillot’s essay “Anthropology and the Savage Slot: The Poetics and Politics of Otherness” (1991), which demonstrates with his usual sympathy and humor how instrumental “the postmodernist critique of anthropology” became from 1982 to the 1990s. For those of us who struggled with the intoxicating lure of jargon and cliché—and safe consensus—his work shaped how we thought about the humanities. His engagement and invitation to debate were an exemplary call to thought that never eluded politics.

Trouillot never lost his concern for groups ignored by scholars—for what “situated individuals with rights to historicity” might contribute to academic disciplines. In Peasants and Capital: Dominica in the World Economy (1988), he asked what the “margins”—the contemporary peasantry—might mean when “marginality” is imagined, indeed hyperbolized, by the capitalist countries at the center. The conclusions of the book, Trouillot knew, extended far beyond Dominica, and he dared to reformulate the stakes of “the peasant labor process” (a process, not a posture).

Trouillot knew that the continued treatment of peasants as “liabilities” in development schemes was not only wrongheaded but destructive.

And how prescient Trouillot was. He knew that the continued treatment of peasants as “liabilities” in development schemes was not only wrongheaded but destructive—resulting in severe unemployment, a tremendous rise in the cost of food, systematic exploitation, and reliance on brute force. Instead of treating peasants as liabilities, he urged that we think of them as “potential resources.” And without mincing words, he concluded: “Given their proven resilience, given the fact that they have been able to support the lives and wealth of so many others, local and foreign, for so long, it is time to start developing policies that take that contribution and the potential it reveals into account.” Two years later in Haiti: State Against Nation (1990), reflecting on the long history of export taxes on peasant products, he argued, “It is not too much to suggest that the peasantry, almost alone, was subsidizing the Haitian state.”

If only the U.S. Agency for International Development (USAID) and the World Bank had taken seriously Trouillot’s analyses. Their projects in the 1980s displaced farmers from the countryside and created a captive labor force in the capital. Living in the shantytowns on the hillsides, they become victims first of the multinational sweatshops there and, ultimately, of the earthquake on January 12, 2010.

Born in Port-au-Prince, Haiti in 1949, Trouillot witnessed during the first eighteen years of his life not only the aftermath of the American occupation but also the ongoing denigration of the peasantry by both domestic elites and foreign observers. They blamed Haiti’s “underdevelopment” on vodou, what David Brooks alluded to in a New York Times op-ed right after the earthquake as “a complex web of progress-resistant cultural influences.” Trouillot did not tire of reminding his readers and listeners of the sinister mystique of Haitian exceptionalism, a celebration of uniqueness that connived in hiding what he identified as “the longest neocolonial experiment in the history of the West.”

Trouillot recognized that the endless cycle of political instability was yoked to elite interests. The locals were dedicated to preserving their wealth, and foreign interests, led by the United States, were determined that Haiti should be nothing more than a supplier of cheap labor for factories and sweatshops. Economic development plans, as predicted, produced massive environmental degradation, and the “aid” that accompanied them benefited not only the home-grown elites but also foreign companies and the globe-trotting international aid workers themselves, who move from one crisis to the next armed as always with their SUVs and bottled water and housed in luxury accommodations.

But he would never have put it like this. Trouillot’s writing never lapsed into polemic. He practiced the discipline of tact. His ethical sense depended on a hard-won detachment. That ethics and discrimination made him our best guide for over two particularly unsettling decades. During this period, what he once warned about as “the illusion of a liberal space of enlightenment” became handmaid to unprecedented political guile, the transnational drive of global capital, political terror, disciplinary containment, and extermination.

Throughout his writing, speaking, and teaching, Trouillot asked more of us than just intellect. He invited us to set our imagination and sensibility and intelligence to work. Nowhere did he do this so powerfully as in the field-defining, discipline-expanding Silencing the Past: Power and the Production of History (1995). If some histories, as he tells us, are “unthinkable” and therefore forgotten or submerged or silenced, how can scholars approach the “silences” of history? Can “a history of the impossible” be written? Silencing the Past confronts the making of history, the use and abuse of the archive, the all-too-human appropriation of “the past as past,” and the intimate collusion between historical and fictional narratives. It is nothing less than an excavation of the events and persons that disappeared in the search for historical relevance. It brings together his life-long concerns with terminology, the limits of textual analysis, and the easy consumption of conquest, oppression, and enslavement in theme parks built for tourists.

Writing with a beauty, precision, and wit that still take my breath away, Trouillot recovers the buried story of Sans Souci. Not just the palace of Frederick the Great in Potsdam or the palace of Henry Christophe in Haiti, but the man Sans Souci, the African-born slave and revolutionary, who—along with Ti-Noel, Macaya, Cacapoule, and other unnamed insurgents of the hills who formed armed bands of nearly a thousand men—refused to surrender to the French, as Christophe and Jean-Jacques Dessalines had after the removal of Toussaint in 1802. This is the face lost to history: Colonel Sans Souci, who was no marginal rebel, but rather “a high-ranking officer of Louverture’s army turned dissident.” The Colonel was ultimately killed twice by Henry Christophe: first, actually, during their final meeting; and then, “symbolically, when Christophe named his most famous palace Sans Souci.”

More wide-ranging even than this project of recovery is Trouillot’s exquisite analysis of the Haitian revolution as a “non-event”: the story of the only successful revolution of slaves in the New World was so disturbing to white assumptions about black inferiority and to cherished taxonomies of scientific racism that it could not be told without being recast and disfigured, if it was told at all. I remember how the Haitian revolution was silenced in conferences and exhibits celebrating the 200th anniversary of the French revolution, in New York in 1989. Trouillot asks how this happens and why. In the process he exhumes the reciprocal dependencies, the uncanny resemblances that no ideology of difference or supremacy can remove.

It is easy to forget that before Trouillot spelled it out, few historians dared to suggest how central the events happening in St. Domingue were to the French revolution. (Aimé Césaire did in 1960’s Toussaint Louverture: La Révolution française et le problème colonial.) Terms such as “nation” and “citizen” were first played out on the ground in Haiti. What would it mean to standard history-making if we jostled our ideas of cause and effect, if we reread events in France through the quizzing glass of Haiti?

As far-reaching as Trouillot’s influence was during his career, rereading his work promises even greater insights. His example inspired my graduate seminar on Melville last semester, the most exciting class I ever taught. In the second week, one of my best students asked me, “Why teach Melville?” She wondered why this esteemed white novelist of the “American Renaissance” deserved such exceptional attention—and for an entire semester. I wondered aloud with her that day: “What was it about Melville that made his works so liberating for Caribbean and African American writers?” Only when we read Trouillot’s Silencing the Past could Melville’s radical and alternative history of the Americas be both understood and experienced, and the unpopularity—and oblivion, or, one could argue, suppression—of his late fiction be grasped.

Trouillot understood the permeability of the boundaries between fiction and history. He spoke to the terrific anxiety of the powerful, the machinations of power—and the terrible selectiveness of their historical production. In making “the silences speak for themselves,” he clarified Melville’s challenge to the status quo, to the brittle legitimacy of a country that guaranteed racial exclusivity, and worse. Most of all, Trouillot taught us all how to read carefully, argue passionately, and write responsibly, without being afraid to offend the bugbears of academia: civility and compromise.